Mexican President Andrés Manuel López Obrador along with Minister of Health, Jorge Alcocer Varela, as well as heads of institutions of the sector led a ceremony of the National’s Physicians Day on Friday Oct. 23, where he delivered the 2020 Merit Awards — two medals and 12 awards — to outstanding professionals in medicine, pharmacy, dentistry, research, public health, among other areas.

Dr. Eduardo Lazcano Ponce, dean of the School of Public Health of Mexico, received the “Doctor Miguel Otero” Award for Clinical Research. This decoration bears the name of Otero y Arce (1850-1915) a pioneer of pediatric medicine – a typhus and rabies researcher who is credited with producing the hydrophobia vaccine.

Another INSP researcher, Dr. Simón Barquera Cervera, Director of the Center for Research in Nutrition and Health — one of the seven centers that comprise INSP, in addition to the School of Public Health of Mexico — received the “Doctor Gerardo Varela” Award for Public Health. This award is named after Varela Mariscal (1898-1977), who in 1933 prepared a vaccine against typhus and in 1943 discovered the existence of spotted fever. Three years later he isolated an enter pathogenic coli bacillus at the Children’s Hospital of Mexico.

Recognizing all physicians in general, President López Obrador also thanked the medical staff for their work during this pandemic: “In the midst of the pandemic, all workers in the health care sector put aside their differences and closed ranks. There are no physicians or nurses protesting in the streets. There are no strikes in the streets. Together they are tackling the main health problem that we currently face”.

In his message, President López Obrador highlighted that this has been an exceptional year, since, “we have been affected by a pandemic that has cost lives, and that has produced a lot of pain, a lot of suffering in our people.” However, he pointed out, “The dedication, the manifestation of humanism of Mexican health workers is publicly apparent and notorious.”

“They have given themselves to this noble cause of saving lives. In the face of the pandemic, many health workers are still there, at the front, in hospitals, working despite the long-term fatigue from saving lives.”

Minister of Health, Jorge Alcocer mentioned that health is not only precious good but permanent; thus we celebrate laureates’ professionalism, passion and humanity.

The National Institute of Public Health (INSP) is proud of its two directors recognized with these awards of merit, which attests to the excellence of the members of our community. 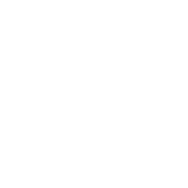 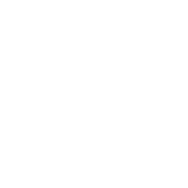